Sohrab's story "All Right, Now, Cupid" is in the Burrow Press anthology We Can't Help It If We're From Florida. Its fun cover with a bite calls for a show of teeth.

GO HOME IS A FINALIST IN THE INTERNATIONAL BOOK AWARDS: FICTION (MULTICULTURAL)

Excerpt "Hood" appears in THE NORMAL SCHOOL, out of California State University, Fresno.

Excerpt "The Summer of the Strike" appears in Chicago's FIFTH WEDNESDAY 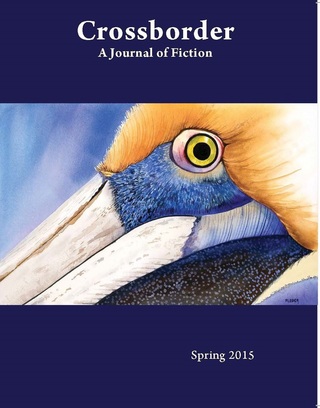 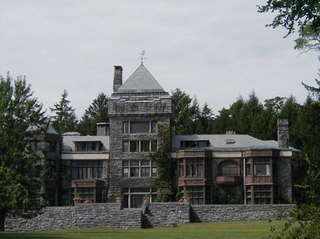 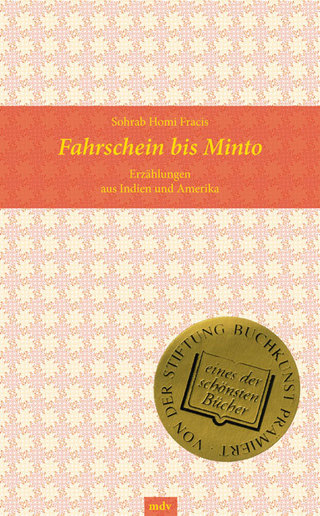 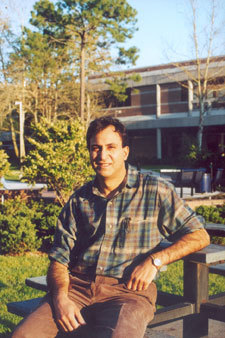 "Reading Ticket to Minto was an emotional and intellectual joyride I did not want to end. Here is a writer who leaps headlong into the creative furnace--daring, energetic, fresh! This collection of stories will haunt me for years to come." --Susan Power, author of The Grass Dancer (PEN/Hemingway Award)

Ticket to Minto released in India

"Evokes the snaky path to adulthood, exposing all those hitchhiking demons at the intersections. From Caulfieldesque schooldays in Bombay, to assimilation amid the seductive consumerism and residual racism of American culture, a powerful, serio-comic look at two worlds, inside and out." Lenore Hart, author of Waterwoman

AVAILABLE ON AMAZON
and Amazon India
and Amazon UK
and Barnes&Noble.com

The story of Viraf, a Parsi foreign student in Delaware caught in the backlash to the Iran hostage crisis, who can't distinguish his redneck oppressors from his Deadhead neighbors. And the story of a violent world that is nevertheless slowly coming together.

"Sohrab Homi Fracis' debut novel is a powerful, prescient tale of moving away and longing to belong...a quest tale of the highest order...dealing in all-inclusive ideas, of who we are, where we are going, and even where--or when--we are welcome.... Fracis is both a deft realist and master mesmerist with his prose.... By book's end, the reader is saddened to leave."

- Daniel A. Brown, "A Place To Be," Cover Story for FOLIO

"When we first meet him in the early ’80s, Viraf is a student slightly at odds with his heritage.... Clearly, the complex maze of his cultural allegiances makes 'home' a hard place to find.... [A]ssailants appear unexpectedly (encountered on an empty road) and disappear just as quickly. Unpredictability adds to their menace—no precaution will keep them away. For Viraf, this makes racist violence seem as inescapable and uncontrollable as the snow: embeds it in the landscape."

"Viraf’s adjustments to American culture are mitigated in intriguing ways in the novel.... Shock and unresolved grief color Viraf’s interaction with the world...with a growing hostility and wariness taking over his personality in ways that are newly poignant and even heartbreaking, considering his warmth and gregariousness towards his friends in the earlier chapters."

"When I was a teenager I saw the film Breaking Away, about a bicyclist in a college town in Indiana trying to figure out his next big step in life but girls, parents, friends, and the constant confusion and disruption that is life kept getting in the way.

This book hits me in the same way. We're all immigrants, so to speak, when we're coming of age; we're all coming into a new world of which we're not sure the customs, the rules, the surest way to navigate our journey into a satisfying adulthood."

"Funny, dark, true, and poignant, Fracis found a way to talk about multiculturalism, immigrants, racism and globalization of the societies without being boring. Even if the story is in the 80s readers will eventually see that almost nothing has changed, except the cars!... But still books such as Go Home give hope that humanity is on the right way, the way of inclusivity and mutual respect."

"Fracis serves his readers an experience that recreates the traveling lifestyle of an outsider.... This provides a painfully intimate snapshot of how one’s sense of identity can break when he or she fails to find belonging within a community.... Whether violence targets those perceived to be fraternizing over lines of color and caste or those from foreign lands, humans attack other humans. [Go Home] pose[s] the thought: are our enemies so real, or did we create them because of the acts of a few? If created through the acts of a few, we should judge our actions just as carefully."

"Fracis builds a character that is lovable, vulnerable, wary, introverted, tense, and lonely...who matures and carves his own destiny. Viraf's journey...is a transition from the old into the new, a process of assimilation while discovering and holding on to one's identity. Go Home is most timely. In the current hostile environment against minorities and immigrants, including the shooting of two Indian men in February [2017], Viraf's story illustrates the possibility of an inclusive, respectful America that continues to illuminate the world." - Deenaz P. Coachbuilder, FEZANA Journal

"The central theme of Go Home is one of displacement, of living in a state of homelessness, of finally finding oneself.... The novel ends happily for Viraf, who survives the violence and the xenophobia and finds 'home,' but this need not necessarily be the case for other immigrants." - Firdaus Gandavia, "In Search of Home," Parsiana

Praise for Ticket to Minto (full reviews under Quick Links)

"Recent novels and story collections by [Indian American] authors such as Akhil Sharma, Chitra Divakaruni, Amitav Ghosh, Manil Suri, and Jhumpa Lahiri (a Pulitzer winner) have won wide critical acclaim.... The latest to join that impressive roster of authors is Sohrab Homi Fracis.... Fracis writes beautifully about the dizzying excitement, fear and insecurity that one experiences when living in a foreign land.... [He] explores identity and culture in his stories with sensitivity, subtle humor, and a voice that is precise yet humble." --The Hartford Courant

"A reminder of how satisfying the short story form can be.... demonstrate[s] sophistication, subtlety and complexity.... reflect[s] a wide range of influences--from the somber realism of Somerset Maugham to the hip, colloquial humor of Junot Diaz.... the work of an impressive new talent." --Publishers Weekly

"Stunning in its breadth and scope of language and description.... a fresh voice in South Asian fiction.... One can grow tired of Rushdie wannabes, mother-in-law stereotypes and village parodies. Fracis's writing is brutally honest, exposing sinew and nerves and getting at the heart of the matter." --India Currents

"12 finely crafted stories that evoke the tug of tradition all immigrants feel, as well as life in contemporary India.... Quiet, evocative tales illuminating India and the Indian experience in America." --Kirkus Reviews

"[O]ne more star in the literary firmament of Parsi fiction. Into this arena dominated by expatriate writers like Rohinton Mistry, Bapsi Sidhwa, and Boman Desai enters Sohrab Homi Fracis with his collection of short stories, Ticket to Minto....[Underlying] a poignant and sympathetic tone...is a strange and uncanny streak of violence as the protagonists try to come to terms with themselves." --Parsiana

"There is subtlety and intrigue in this collection... a book that richly deserves recognition. The writing is superb." --The Florida Times-Union

"Distinctive, visceral, and original.... The Indians in the stories are a diverse lot--Hindu, Muslim, and Parsi. Recommended heartily..." --Choice Magazine

"The stories in Ticket to Minto depict the frailties and the strengths in all of us..." --Hamazor

"Provides an important voice at an important time....a wonderful exploration of a culture often viewed as foreign and remote... explores the delicate process of self-discovery... His voice is clear and lovely." --folioweekly

"Negotiating the tensions that arise from being caught between here and there.... A clear need for a new intercultural understanding of the world and ourselves...makes the publication of Sohrab Homi Fracis' book all the timelier, if not prophetic." --Arbus

"[T]he stories here are about being "Other", being an alien, an outsider. Fracis may live in America, but his heart does not -- cannot, not completely -- reside here entirely.... Ticket to Minto's is a valuable perspective, especially right now, with the current of xenophobia that can be found in modern American society." --PopMatters.com