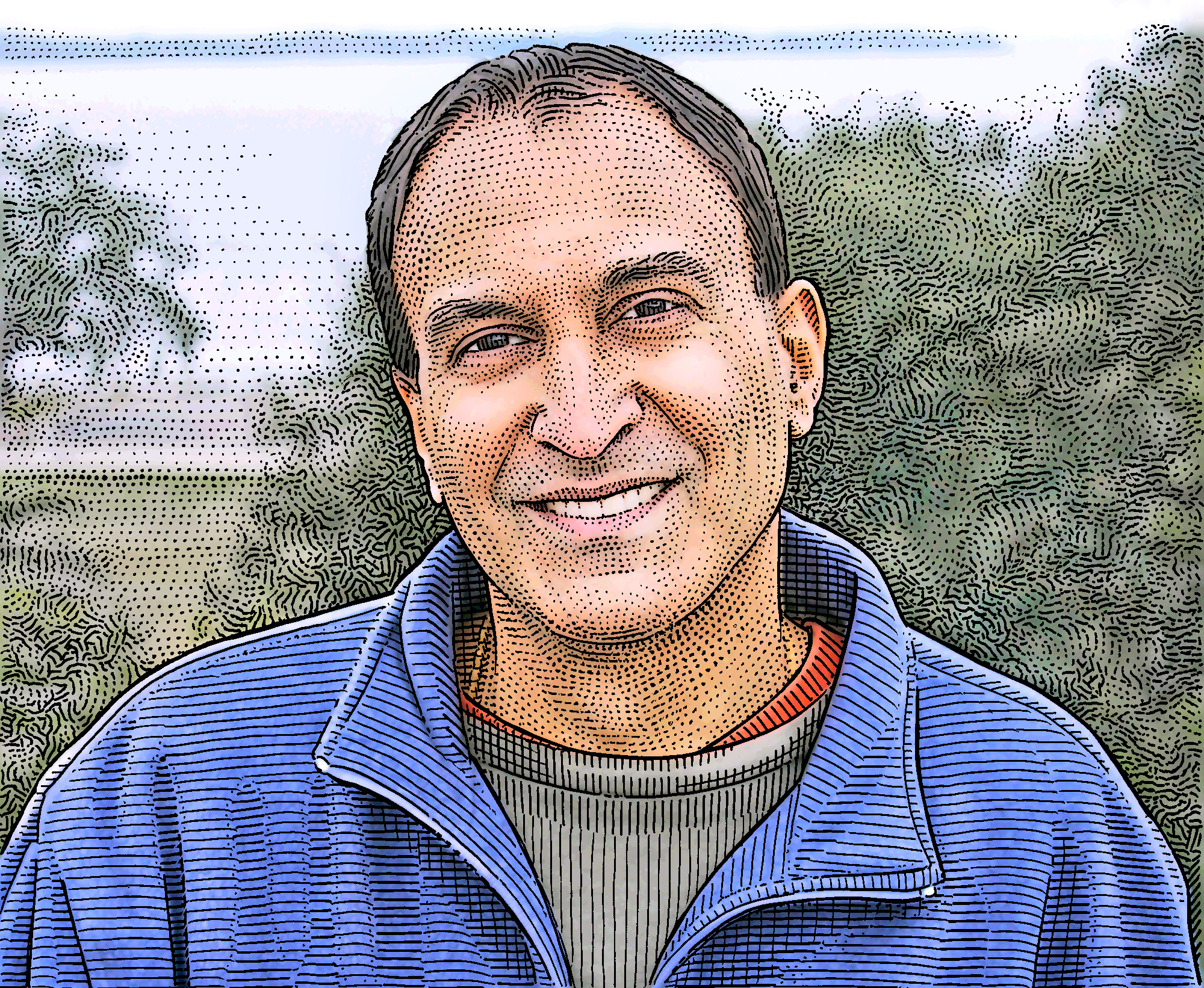 Portrait by Noli Novak of the Wall Street Journal

Sohrab Homi Fracis (Twitter: @SohrabFracis Facebook: @sohrab.homi.fracis) is the first Asian author and still the only South Asian author to win the Iowa Short Fiction Award, juried through the legendary Iowa Writers' Workshop and described by the New York Times Book Review as "among the most prestigious literary prizes America offers." And there's nothing wrong with a little controversy, but just to put one to rest, that also makes him the first Asian American to win the award. Since then, the South Asian Literary Association has bestowed on him its Distinguished Achievement Award.

Sohrab was born in Bombay (now Mumbai), India. He moved across the country for a B.Tech. at the Indian Institute of Technology, Kharagpur, and then across the world, on a scholarship, for an M.C.E. at the University of Delaware, Newark. Back when the only writing he did was handwriting, he sent a sample to a newspaper column in Detroit that analyzed readers' handwriting. The intrigued columnist shared his cursive sample with an analysts’ club. They unanimously declared his evolved Indian style to be a creative one, suggested he had unusual insights, and recommended that he share them with the world by -- what else? -- writing. After years as a systems analyst at Fortune 100 companies such as Ford, he happily accepted his calling to become a writer.

He went back to school for an M.A. in English, with a concentration in creative writing, at the University of North Florida. That made him the rare person with engineering and fiction theses in the library system. He then taught literature and creative writing at UNF, from 1993 to 2003. From 1994 to 2001 he was a fiction and poetry editor at the now sadly defunct State Street Review. From 2004 to 2008 he was the final judge and presenter of the Page Edwards Short Fiction Award at the also sadly defunct Florida First Coast Writers' Festival. From 2009 to 2012, he led a summer fiction workshop at the (do you detect a trend?) sadly defunct UNF Writers Conference. From 2015 to 2016 he was critique faculty at the Florida Heritage Book Festival (see Events page) in Flagler College, St. Augustine, passing on his knowledge and experience to aspiring writers.

In 1999, he was awarded the Florida Individual Artist Fellowship in Literature. His collection, Ticket to Minto: Stories of India and America, was a finalist for the Flannery O'Connor Award for Short Fiction. In 2001, the book won the Iowa Short Fiction Award and was published by the University of Iowa Press, to glowing reviews. It has since been read and studied in several universities. In 2002, he was awarded a Walter E. Dakin Fellowship in Fiction at the Sewanee Writers' Conference, Tennessee. That year, Ticket to Minto was released in India by Indialog Publications. Its German translation, by Thomas Loschner, was released by Mitteldeutscher Press at the 2006 Frankfurt Book Fair and was selected one of the year's Most Beautiful Books by the German Foundation for Book Art (see the Books page). The world had agreed with the handwriting analysts, and Sohrab is grateful to this day.

After the novel, new stories have appeared in Flock and in the anthologies We Can't Help It If We're From Florida (Burrow Press), 15 Views of Jacksonville (Bridge Eight Press), and, perhaps signaling a new direction, America's Emerging Science Fiction and Fantasy Writers (Z Publishing House). A second collection may well be in the making.

Sohrab's writing takes him to various places. In 2004 he was Visiting Writer in Residence at Augsburg College, Minneapolis; in 2006 he was an artist in residence at Escape to Create, Seaside Institute, Florida (see the Blog page); in 2007 he was an artist in residence at the renowned art colony of Yaddo (see pics & links on Blog page) in Saratoga Springs, New York; and Yaddo selected him once again in 2010. In 2013 he was invited to read at The New School, New York, NY (see the Events page) and lead a fiction workshop for students at the Eugene Lang College of Arts. In 2014 he was invited to read in Jacksonville's own literary event, Jax by Jax. In 2015, he read at Orlando's premier reading series, There Will Be Words.

With Go Home coming out in time for the 2016 US elections, more appearances lined up: University of North Florida's Word by Word reading series; SALA (South Asian Literary Association) Conference in Philadelphia; AWP (Association of Writers and Writing Programs) Conference 2017 in Washington D.C. and then AWP 2018 in Tampa. The novel was a finalist for the International Book Awards and, in novella form, for the ScreenCraft Cinematic Story Contest. It was shortlisted (top 15 worldwide) by Stanford University Libraries for the 2018 William Saroyan International Prize for Writing. He received the 2017 SALA Distinguished Achievement Award for Creative Writing.

In 2021 his new, paradoxically titled collection True Fiction - truly fictional or fiction that's actually true? - was a national finalist for the Dzanc Books Story Collection Prize and the Bridge Eight Press Fiction Prize, before being signed for publication by Stephen F. Austin State University Press in Texas. Individual stories appeared in Flock, We Can't Help It If We're From Florida, The Literary Review Singapore, 15 Views of Jacksonville, The Bombay Review, and America's Emerging Science Fiction & Fantasy Writers. Copies will be up for online pre-order in Spring 2022. The book will be released in Fall 2022 on October 1. 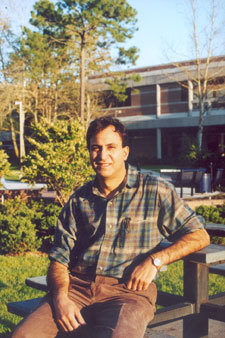